The BLACKJACK RECORDS “Poo Poo List”, aka newsletter, postmarked August 5th, 1991 and mailed to me from Santa Barbara, CA.

This was a record label and later a robust mail-order catalog that operated out of Oakland by Scott Derr; at this time it was a tag-team operation between Derr and Tom Krueger. Derr had recently finished being the bass player and sometime singer in Monshock, version 1; the band would reform in Oakland two years later and go on to record their 45s and album.

MONOSHOCK and LIQUOR BALL, live at San Francisco’s Chameleon around ‘93 or so. The Mummies had to cancel for some long-forgotten reason. 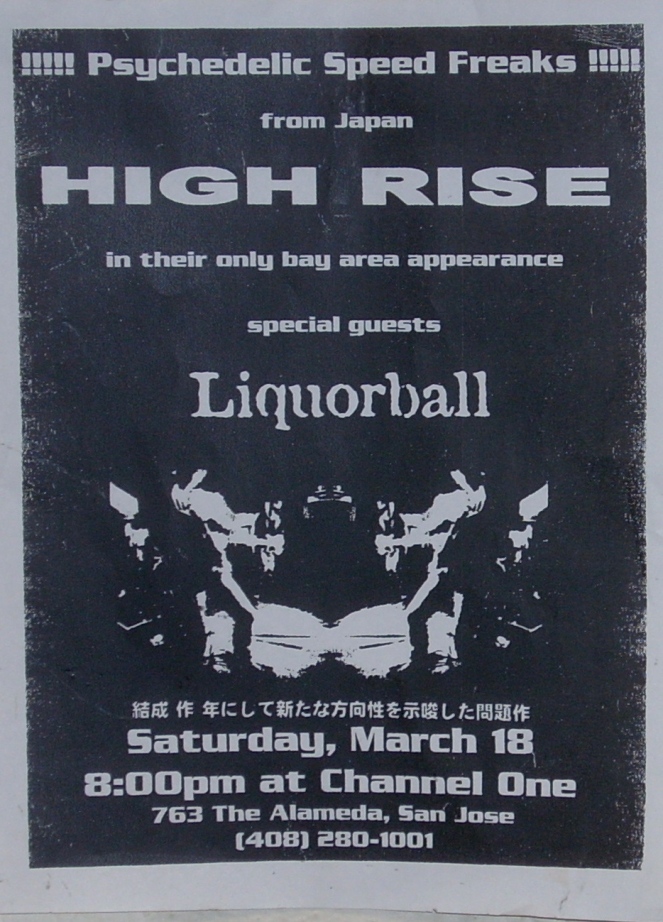 HIGH RISE from Japan and LIQUOR BALL, live in San Jose (!) in 2000. Thanks to Grady Runyan for the scan/photo.