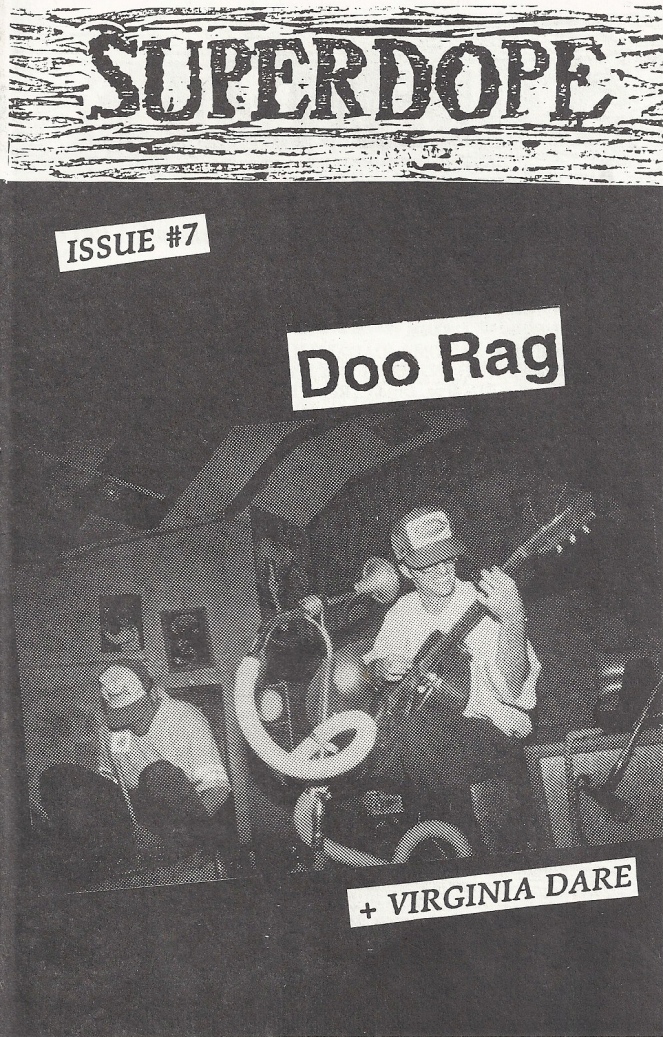 My scanning of SUPERDOPE fanzine, which I used to write and put out myself back in the 1990s, continues apace. I’ve already scanned the previous six issues, which were published 1991-1993, and you can download and read each of them here. Here’s the lone issue that came out in 1994, SUPERDOPE #7. It was a small digest-sized mag centered around two in-person interviews I did with the bands Doo Rag and Virginia Dare. The interviews are then followed by a few book reviews and then a whole mess of record reviews.

Nineteen years later, it seems to read pretty well. I can’t say that I’ve spent a whole lot of time listening to either Doo Rag or Virginia Dare since then, but hey, that’s where my 26-yr-old head was in 1994, and I still like ‘em both. Around this time I was also “running” a small record label called WOMB; you can see on the back of this ‘zine the ad I made for the Monoshock 45 I put out. A few months after this came out, Anthony from Past It Records and I put out a Demolition Doll Rods 45 as well, and that was the end of Womb Records.

Turned out it was pretty much the end of Superdope fanzine, as well – at least for four years. In 1998, I came back and published one final issue of the magazine. Alas, it’s the only one I have any copies of anymore, and if you’re interested in it, this post provides some details on how to order it. #7, the one I’m posting here – well, I’m afraid you’ll have to scour the fanzine aftermarket. Or just download it here.